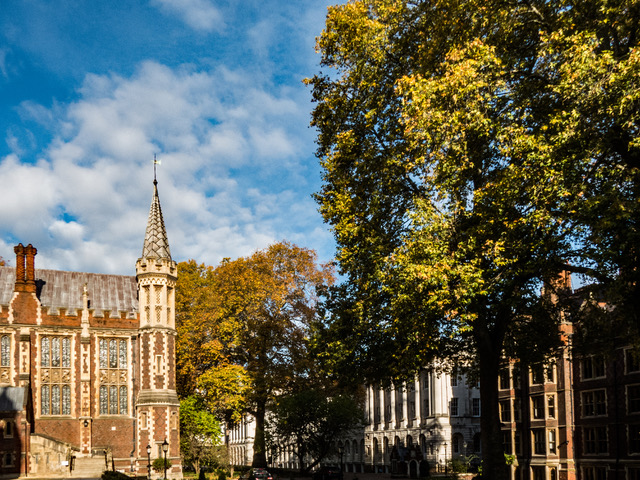 We had a very good autumn of events; starting with a special visit and drinks to the Estorick Gallery conducted by out trustee Giacomo Balsamo, inspected the Italian futuristic movement. He led our members in a private tour of masterpieces by Boccioni, Balla, Severini and Russolo.
He also unravelled the mystery of three Boccioni sculptures destroyed in 1927 and recreated this year.

On 31st of October, FAI UK and Intesa Sanpaolo Private Banking hosted a special music event at the Barbican Centre, with the London Symphony Orchestra.
Following a private welcome reception with drinks and canapés, The London Symphony Orchestra – directed by Maestro Gianandrea Noseda with Denis Matsuev at piano – performed “Four Sea Interludes” and “Passacaglia” from “Peter Grimes” by Britten; “Piano Concerto No 2” by Prokofiev and “Symphony No 6” by Shostakovich. After the concert, our guests had the opportunity to meet LSO Principal Guest Conductor, Gianandrea Noseda.

In a very successful visit, a group was taken to visit Lincoln’s Inn, its chambers with all its secrets and beauty. Lincoln’s Inn is one of the four Inns of Court where barristers have learned and practised their art for 800 years. The tour included the 16th-century Old hall – often used for period film -, the Chapel where John Donne preached, the Great Hall and the Benchers rooms with a Holbein miniature, the Law Courts and some of the High Courts in sittings. The Librarian also gave a short talk on some important Italian and Roman books in the collection.