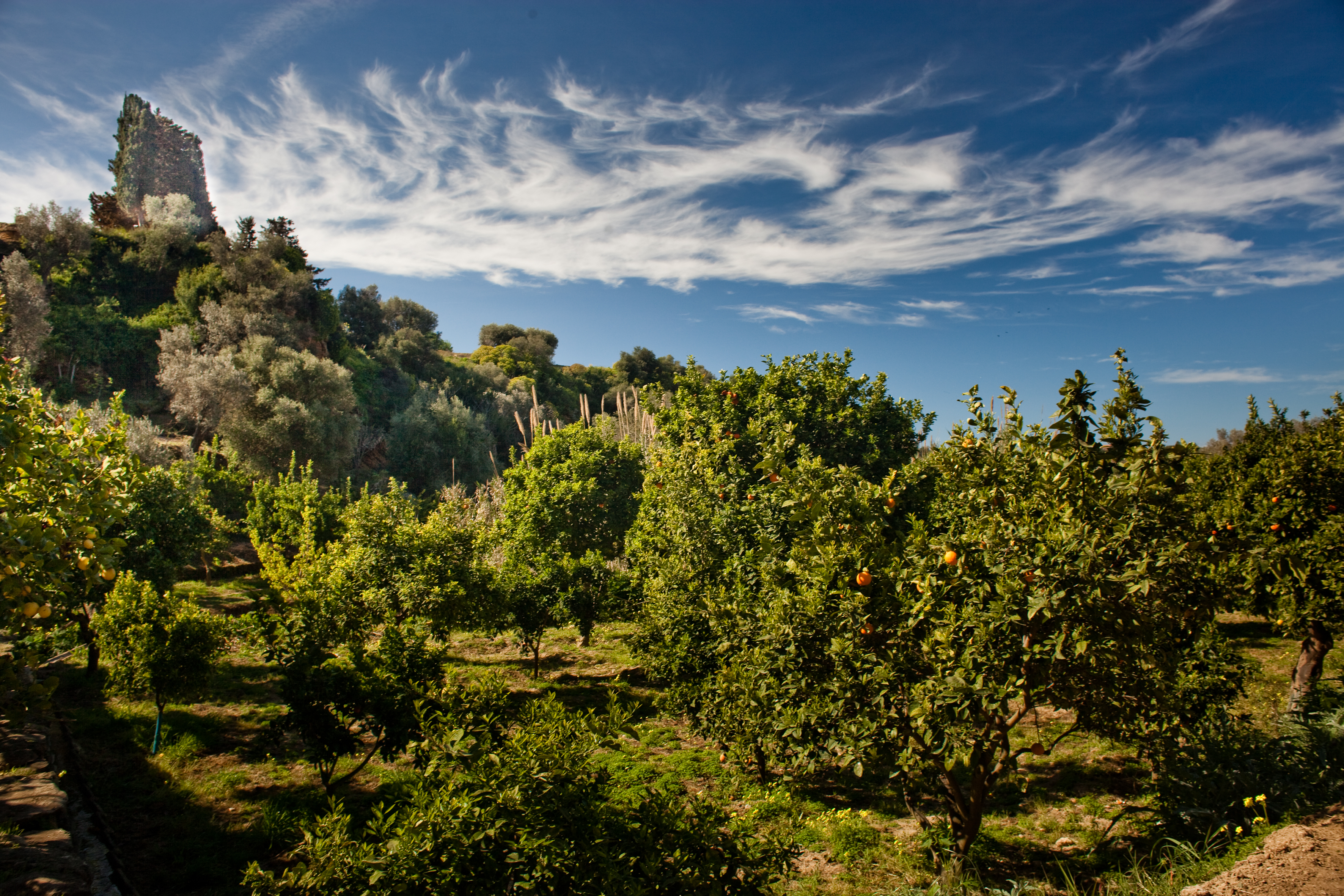 The Sicilian black bee at the Giardino della Kolymbethra

Hives have arrived at the Giardino della Kolymbethra to house a breed of bee that was considered extinct: the Sicilian black bee. Today, thanks to a project promoted by the Parco della Valle dei Templi, in which FAI is also collaborating, the species is spreading in this area of extraordinary archaeological and landscape value.

The FAI bee family has grown! During FAI Spring Days we installed three new beehives at the Giardino della Kolymbethra in the Parco Archeologico della Valle dei Templi in Agrigento: the fourteenth FAI property to host hives of local beekeepers, with the common aim of protecting bees and raising awareness among visitors about the importance of these precious pollinating insects.

The new arrivals, which we breed in our garden together with the Al Kharub cooperative, have a story to tell: a success story linked to the recovery of a species at risk of extinction, the Sicilian black bee (Apis mellifera sicula), which for centuries populated Sicily and was fundamental to local beekeeping.

Until the 1970s, it was preferred to breed the ligustica mellifera bee, also known as the ‘Italian bee’. This choice was dictated by its greater productive capacity and greater degree of adaptability to different climatic conditions: requirements that made it the ‘winning’ species in evolutionary terms, so much so that in just a few decades it became the most widely bred species in Italy and the world, and also established it in the collective imagination that today identifies the generic bee with its yellow and black livery.

Bees, therefore, are not all yellow and black!

They are also dark, grey, or black, solitary and wild, and constitute, in this diversity, a genetic heritage to be safeguarded. The Sicilian black bee, for example, has a very dark abdomen, yellowish down and smaller wings than those of the Italian bee. It also has a peculiarity all its own: it is the only European bee of African origin, being a subspecies of the black bee native to this continent, that has lost its aggressiveness over time.

But let us return to its history. As with all choices, there is always a consequence: the propensity of Sicilian beekeepers to invest in the ligustica bee, also supported by its natural aptitude to integrate easily with humans, predictably brought the Sicilian black bee population to the brink of extinction.

Until, in 2008, a strain of Sicilian black bee was found in an old apiary abandoned for years in Carini, in the province of Palermo. Thanks to a dedicated project, it was transferred for breeding on the Aeolian Islands, where the absence of other bee subspecies would have allowed its genetic heritage to remain pure.

The black bee is a docile and calm insect and remains productive even when the temperature exceeds 40°. Today, slowly, the black bee is recolonising Sicily and one of the most significant projects for the recovery and protection of the species is the one developed by the Parco Archeologico della Valle dei Templi in Agrigento, which has started to produce black bee honey  thanks in part to the employment of socially disadvantaged people through the Al Kharub social cooperative.

For the past few weeks, the Giardino della Kolymbethra has been making its contribution to the Sicilian black bee recolonisation project launched by theParco Archeologico della Valle dei Templi , hosting three beehives in a protected corner of its environment, providing the bees with a friendly, flower-rich and well-kept environment without the use of harmful insecticides.

Bees, along with other insects, play a fundamental role in our ecosystem; the production of one third of our food depends on them. Indeed, bees perform an indispensable service: pollination, without which we would lose 75% of wild plants and 80% of Europe’s cultivated botanical species, including fruit and vegetables.

Bees do much more than make honey!