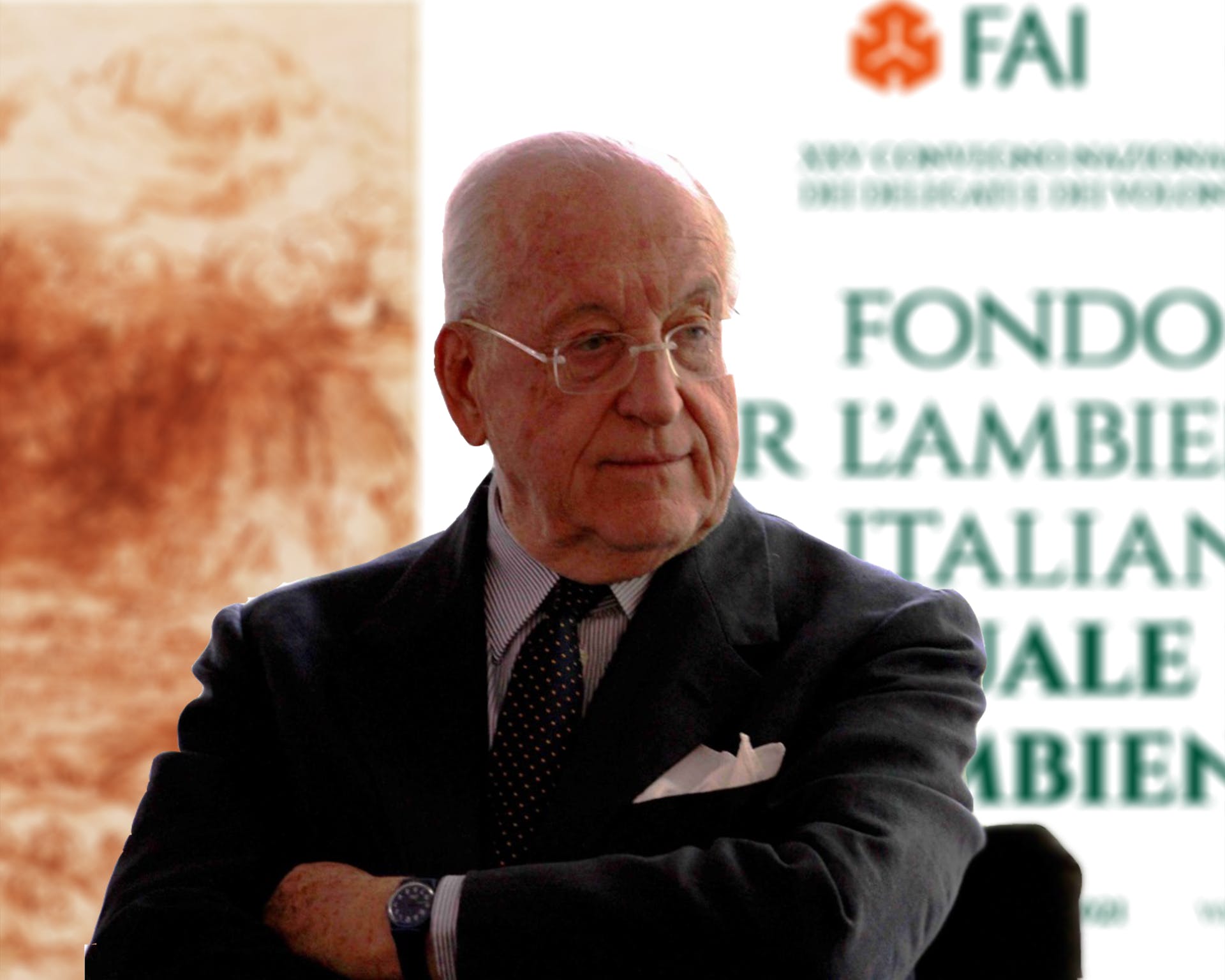 The Environment for FAI, an indissoluble bond between Nature and History

We publish the speech given by FAI President Andrea Carandini last March on the occasion of the opening of the 25th Convention of FAI Delegates and Volunteers.

Dear participants, last year we held our conference in the Teatro Regio in Parma, which ended with a collective shout of joy. This year we are in mourning for more than one hundred thousand deaths due to the pandemic and also afflicted by numerous sick people, but – as happens in the darkest tunnels – after a turning point we can already glimpse the light that will free us from this global evil, but we will not be the same as before. This year’s Zoom is cold, but comfortable and efficient: in fact there are considerably more of us than last year, and I ideally welcome the guests and embrace staff and volunteers, one by one, starting with the young people.

FAI: a trust for which environment?

At the outset I read a passage from the Founding Document of the Trust, dated 5 October 1975. I read it in memory of our founder Giulia Maria Crespi – this Conference is the first without her – and as a permanent source of inspiration.

“The Foundation … (on the one hand) intends to promote the study of the conservation of environments, properties and in particular assets of artistic, historical, archaeological, landscape, environmental and ecological interest, and (on the other) to promote and undertake the most appropriate actions for the protection and conservation of the aforementioned assets”.

In the current common sense, the environment is the natural aspect of the landscape, which is its historical side. At present the environment is talked about all the time, while the landscape is rarely thought about and even less acted upon, since there are not many regional landscape plans in Italy. On the other hand, the Ministry of the Environment is different from the Ministry of Culture – i.e. the one that approves regional landscape plans -, so it might seem that the environment is everything that culture is not. I myself thought along these lines, until, during the Covid-19 storm, I reflected more deeply on the origins of FAI and on what its contribution to environmental restoration, which is increasingly necessary, might be today.

The prevailing common sense about the environment, which I have described above, seems to me to be one-sided, split, unsatisfactory and proper to the contextual point of view. The Latin root amb-, which gave birth to the word “ambiente” (environment), refers to what is on each side of something…, therefore, with respect to a cube, above and below, front and back, left and right. Environment therefore refers to everything, and everything transverses, as context par excellence.

I see this whole thing as an onion, therefore made up of layers. The innermost layer is the natural layer, on which homo sapiens has depended entirely from its origins to the Neolithic Age, when it invented agriculture, so that many forests were transformed into fields for cultivation. This was followed by the prehistoric, proto-historic and historical layer, which lasted until the day before yesterday, to which the technological-digital layer has recently been added. Until the 18th century, the natural and historical strata lived in relative harmony – albeit amidst great transformations – but since the industrial revolution, which came to us in the late 19th century, and especially the second industrial revolution, which came after World War II, the balance has been shattered, to the serious detriment of the natural environment.

But nature and history, having evolved and developed interrelatedly over millennia, were not and are not separable entities, so it is as if the two layers had merged into one – if anything, it was an outdated cultural vision that separated them. In short, a single layer of nature and history, healthy until yesterday and now very sick. But we can reflect and act – also taking advantage of the third technological-digital layer – in order to bring the earth and man back to a renewed balance of nature, history, science and technology, which can allow the survival of life on the planet in its multiple manifestations.

FAI therefore conceives of the environment as a whole and also believes that each force of social participation must contribute its own expertise and enterprise to this whole. I see FAI as being particularly suited and dedicated to reducing the imbalance between nature and history, promoting in citizens the awareness of place through stories and actions relating to the study, education, maintenance and planning of assets and surroundings through its material and immaterial heritage. The separation of the two cultures, the scientific and the humanistic, is not helpful to such a mission, which has been in place from the beginning (58 years have passed since Snow’s famous essay, The Two Cultures). There is a common sense formation to be developed, to integrate the culture of nature on the one hand and that of landscape, history and art on the other, making use of both direct contacts and the web. FAI’s environmental action – such as the collection of 2.3 million votes on I Luoghi del Cuore (Italian Places I Love)- is becoming increasingly necessary and urgent.

However, greater weight needs to be given to the culture of nature, on which an old, idealistic prejudice continues to weigh. FAI intends to be better equipped in terms of skills and activities, as soon as it has lifted the second knee as well. The environmental issue and the digital issue will therefore animate the third operational plan of the nine-year strategic plan that was launched in 2014 and that will give FAI the new dimension that our Giulia Maria has fought so hard for in recent years.

Man is a cultural being: he perceives everything through a mind bent on scientific truth as well as on meanings and symbols, the latter being a field of the most uncertain truths. It follows that the environmental battle must be fought not only in the field, but also in the heart of our minds, which must develop an integrated environmental conception, rejecting the splitting of the two cultures that still seduce today, because of the simplifications they allow, and that also afflict us, because of the mutilations they inflict. Nature and History seem to me to be continents adrift, which must recombine as soon as possible, reconciling in a new system of relations. An all-natural environment only existed before our species, which already at its beginnings devoured half of the large mammals (such as mammoths), and an exclusively historical environment would represent a one-sidedness that would lead us to extinction.

The other environmental associations in our civil society make their contribution to the environment mainly in naturalistic and structural aspects. FAI supports their action and asks them, conversely, to support their own activity, which tends to address aspects of the landscape and the historical and artistic heritage in a contextual manner and therefore in a fully and concretely environmental manner. It would not be helpful to persist in separating or, worse still, opposing nature and culture, especially in Italy, where nature and history are intertwined in every corner, giving rise to the ‘most beautiful country in the world’. In short, each according to its own vocation, but all trying to recompose the environmental orange in its entirety, through its various segments. In the Valley of the Temples in Agrigento – where our Giardino della Kolymbethra is located – we must care for the trees like the columns of the temples, as the environment and humanity demand.

But if we have enough columns, we need to plant many more trees.